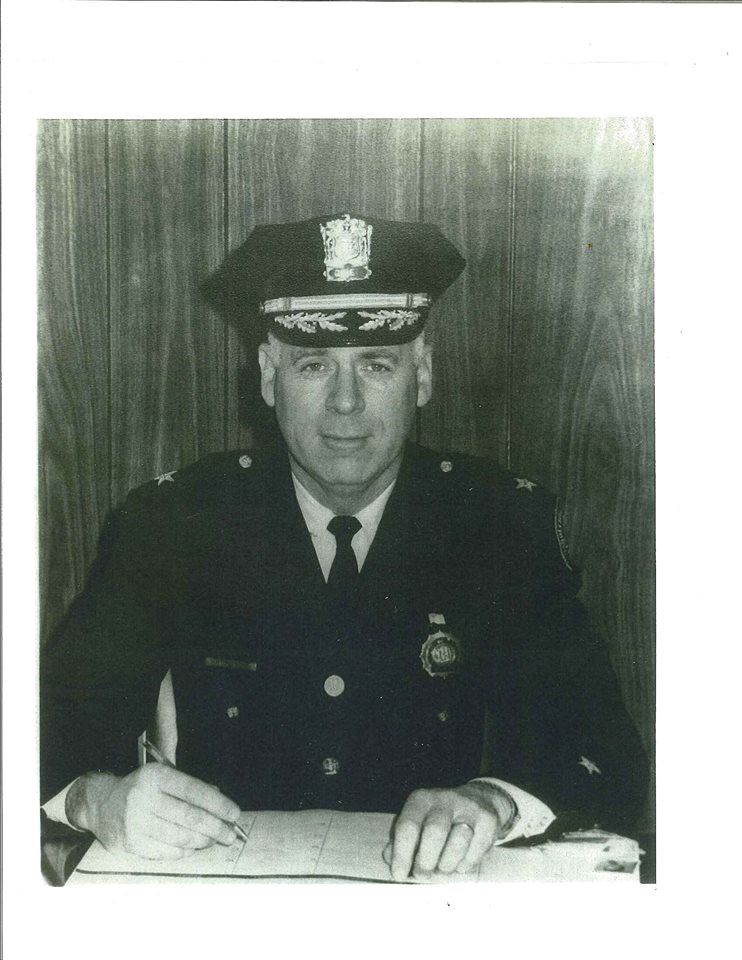 The Middletown community, including family and friends, scores of uniformed police officers, elected officials, and all of those who admired him, gathered Friday for the funeral of much-loved and respected retired Chief of Police Joseph M. McCarthy. The funeral for Chief McCarthy was held at St. Mary Mother of God Church in New Monmouth. Following the funeral, McCarthy’s procession made its way through Port Monmouth, where he lived with his wife Kate and two sons, Dennis and Joseph Jr. for decades, past the Middletown Township Police Department, and lastly to the Veteran’s section of the Fairview Cemetery where he was given a full Inspector's Funeral with honors. Born in Jersey City, McCarthy moved to Middletown at an early age and graduated from the school system in 1943. After graduating, he served in the United States Army duringWorld War II in Army Intelligence and was honorably discharged in 1946.His career with the Middletown Township Police Department began in 1954 when he was appointed as a Patrolman. He quickly rose through the ranks being promoted to Detective Sergeant in 1957, Lieutenant in 1959, and Captain of Detectives in 1965. On July 12, 1967 he was promoted to the rank of Chief of Police and served in that position for 23 years until his retirement in 1990.Chief McCarthy was a legendary figure in law enforcement. He attended the State Police Academy, FBI School, Civil Defense School, First Aid Training, among other relevant courses. He was a transformational leader and a prolific visionary who modernized the Middletown Township Police Department and built it into a highly respected professional agency.“Chief McCarthy was a larger than life figure whose service to Middletown was extraordinary,” said Mayor Gerry Scharfenberger. “He set the standard for law enforcement in Monmouth County and loved Middletown like few others.” As a law enforcement leader, Chief McCarthy was a pioneer who was truly ahead of his time. "He devoted his life to public service and worked tirelessly to make Middletown one of the safest towns in the United States," added Police Chief Craig Weber. “Without question, he was the greatest and single most influential Chief in the history of the Department.”McCarthy championed many charitable causes. He was a founding member of the Port Monmouth First Aid Squad and a member of the Port Monmouth Fire Company. Other causes close to his heart were the Middletown Township Historical Society, The Boys Club, and Middletown Helps Its Own."Chief McCarthy was a remarkable person who touched so many lives and did so much good for the community," expressed Chief Weber. “He certainly taught all of us what dedication to public service means,” added Mayor Scharfenberger. "His loyalty to protect and serve the community will never be forgotten. I am thankful to have known him and grateful for the advice he gave over the years.” During his illustrious career Chief McCarthy received numerous awards and commendations for his service, including the Valor Award, the J. Edgar Hoover Gold Medal Citation, Outstanding Public Servant, Distinguished Service Award, Man of the Year, Citizen of the Year, and he was recognized by former President of the United States, Richard M. Nixon for his work in support of POWs.Chief McCarthy was one of the most influential people of his time. He leaves behind an amazing legacy of achievements and good will, and he will be deeply missed by all who knew him.