Participating is as simple as taking a picture. Observations of any pollinator will be automatically gathered into our iNaturalist project for the entire month. This information helps us know what's out there and what pollinators we can support in future land management choices. And it's fun! So get out there and start observing, it's quick and easy to begin.

3. Use iNaturalist to take a picture of either a pollinator (i.e. most flying bugs) or a flowering plant.

4. Upload your observation and it will be added to the project. 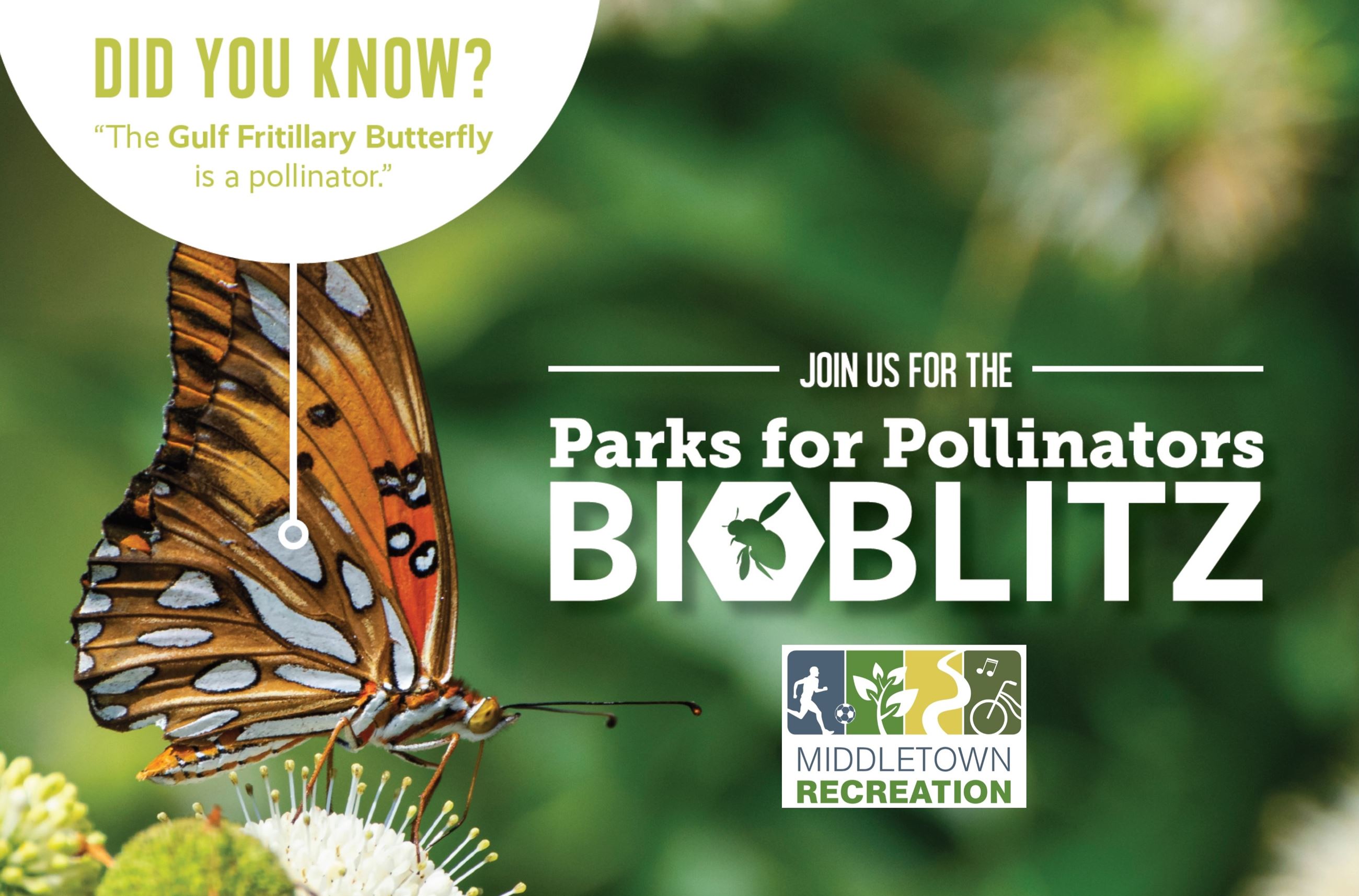 An observation records an encounter with an individual organism at a particular time and location. This includes encounters with signs of organisms like tracks, nests, or things that just died. When you make an observation, you’ll record:

What is a BioBlitz?

A BioBlitz is an event that focuses on finding and identifying as many species as possible in a specific area over a short period of time. At a BioBlitz, scientists, families, students, teachers, and other community members work together to get a snapshot of an area’s biodiversity. These events can happen in most any geography—urban, rural, or suburban—in areas as small as a backyard or as large as a country. This BioBlitz will focus on the pollinators of Poricy Park for the entire month of September.

Smartphone technologies and apps such as iNaturalist make collecting photographs and biological information about living things easy as part of a BioBlitz. High quality data uploaded to iNaturalist become part of the Global Biodiversity Information Facility, an open source database used by scientists and policy makers around the world.

So let’s get out there and start observing!

Why are Pollinators Important?

Pollinators, such as most bees and some birds, bats, and other insects, play a crucial role in flowering plant reproduction and in the production of most fruits and vegetables.

Examples of crops that are pollinated include apples, squash, and almonds. Without the assistance of pollinators, most plants cannot produce fruits and seeds. The fruits and seeds of flowering plants are an important food source for people and wildlife.  Some of the seeds that are not eaten will eventually produce new plants, helping to maintain the plant population.

A recent study of the status of pollinators in North America by the National Academy of Sciences found that populations of honey bees (which are not native to North America) and some wild pollinators are declining.  Declines in wild pollinators may be a result of habitat loss and degradation, while declines in managed bees is linked to disease (introduced parasites and pathogens).

Animals visit flowers in search of food and sometimes even mates, shelter and nest-building materials. Some animals, such as many bees, intentionally collect pollen, while others, such as many butterflies and birds, move pollen incidentally because the pollen sticks on their body while they are collecting nectar from the flowers. All of these animals are considered pollinators.